?As a Mother as well as a Licensed Optician I am pleased Health ?Canada has moved forward in protecting the eye health of all Canadians, especially our youth.?

In a collaborative move, the Opticians Association of Canada, the Canadian Association of Optometrists, and the Canadian Ophthalmological Society banded together to lobby Health Canada to reclassify these lenses as medical devices. Sounds like a no brainer. These lenses were being worn and shared by young people with many showing up in hospital emergency rooms with vision threatening damage to their corneas.

Through a private members bill, C-313, presented by Sarnia-Lambton MP Pat Davidson, the reclassifying of these lenses began its long journey. Who would of thought that the reclassifying of a medical device, which would reflect the respect due a product such as this, would take so long. Three readings and votes in the House of Commons, a Health Canada hearing, and then off to the Senate!

So when Bill C-313 was enacted, those of us without legislative expertise thought that the upcoming Cosmetic Contact lens season, Halloween, would not have Cosmetic Contact lenses for sale in non-regulated environments. But this was not so. After the passing of Bill C-313, the actual regulations would have to be developed. This is what has now come to fruition with Health Canada?s recent announcement. So come this Halloween Cosmetic Contacts will finally be off the shelves of the non-regulated? Not so. All this collaborative work has resulted in only one step in the safe dispensing of these lenses. The actual dispensing of these lenses fall under the purview of the provincial health care regulatory bodies. Health Canada?s role in all of this is to ensure that the lenses reach a certain standard of quality and labeling.

?Our Government is taking action to protect Canadians from potentially serious and permanent harm to their eyes. I am very pleased with the broad support from vision care professionals and the public for these new regulations.??

Provincial regulators across Canada must now adjust their regulations to include the dispensing of Plano lenses. To date, I am only aware of the College of Opticians of Saskatchewan having developed and enacted such regulations. The College of Opticians of Ontario has not. This means that come this Halloween Cosmetic Contact lenses will still be available through non-regulated channels.

As I mentioned earlier, Bill C-313 is the result of collaboration. Our national colleagues worked together and were successful in achieving their goal of reclassifying these lenses. It’s now up to Ontario opticians to collaborate and lobby our provincial regulator, the COO, to change our regulations to control the dispensing of these lenses by only making them available to the public through a regulated professional.

A question you may have is ?How do I lobby the COO?? It?s very simple. Send an email to the Registrar of the COO, Fazal Khan, fkhan@coptont.org, expressing your concern over the dangers of the non-regulated dispensing of these lenses and ask that the COO ?amend regulations to reflect the seriousness of this problem, which will stop this dangerous practice. Regulation change generally takes years. With every year that goes by, some wearers of these lenses will continue to show up in emergency rooms and ECP practices with sight threatening damage to their eyes.

Your association will do its part to lobby the COO for this change. I call on all Ontario opticians to do your part and take an active role in order to influence this change.

One thought on “Collaboration Finally Pays Off” 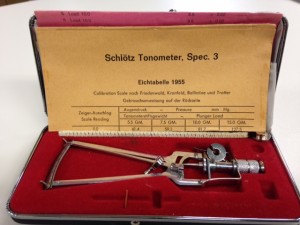 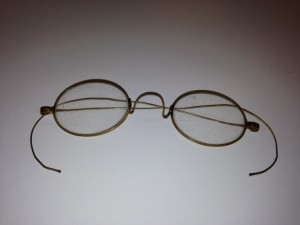